On Thursday 11th October we pay R.E.S.P.E.C.T. to Aretha Franklin with a whole night of the Queen of Soul on vinyl, concentrating on her late 60s/early 70s Atlantic Records purple patch when she was absolutely at the top of her game.

We’ll be playing Aretha’s classic 1967 album ‘I Never Loved A Man The Way I Love You‘ in full, which, alongside the title track also includes Respect and Do Right Woman, Do Right Man. An absolute stormer from start to finish. We’ll also play a side each of her essential live albums – ‘Amazing Grace‘ and ‘Aretha Live at Fillmore West‘ – which capture Aretha in her element, delivering some truly astonishing performances. We’ll also have time to slip in some of her essential 45s and album cuts along the way.

It’s all happening at Glossop Labour Club. Doors open at 8pm, the music starts at 8.30pm and it’s free admission. See you there.

Established 2013, Glossop Record Club is the monthly vinyl-listening session which puts the music first. Have a look here to find out more about what we do and our past sessions.

It was a packed labour club for our fifth anniversary session, as we dug deep and delved into the forgotten and seldom-heard corners of David Bowie’s long and productive career, playing live tracks, radio sessions, demos and outtakes to show another face of the Dame. We also played probably the most valuable record ever to grace to the record club turntable, Bowie’s 1970 flop single ‘The Prettiest Star’, which was quite a special moment (for your host anyway). My thanks to Beany for very kindly bringing that in to share with us all. And thanks to everyone who came along.

We’ll be back on Thursday 11th October for R.E.S.P.E.C.T. Aretha Franklin, a whole night of the Queen Of Soul on vinyl. It’s going to be a special one. Details soon. 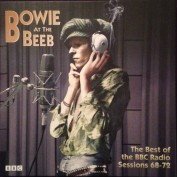 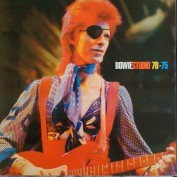 Station To Station (live at Nassau Coliseum, 1976 – from ‘The Thin White Duke’)
Waiting For The Man/Five Years/White Light White Heat/Moonage Daydream (BBC radio sessions, 1972 – from Bowie At The Beeb)
London Bye Ta Ta (unreleased single, 1970 – from ChangesThree)
The Prettiest Star (single version featuring Marc Bolan – Mercury 7″, 1970)
Tired Of My Life/Shadowman (demos c.1970-71 – from The Trident Tapes)
Zion (aka A Lad In Vain, aka Tragic Moments) (recorded during the Pin Ups sessions, 1973 – from BowieStudio70-75) 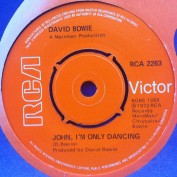 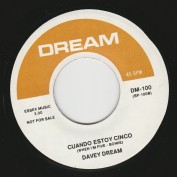