With a multitude of formats – 7″, 12″, CD, cassette, even streaming from a phone – and armed with photos, press clippings, gig posters and set lists, it was a record club session like no other. All the music played was made by the people there. And my! What a talented bunch!

It was great to hear not only the music, but also hear the stories behind the songs, how bands were formed and evolved, how songs were written and recorded and what became of those bands. Tales of euphoria and disappointment with no inbetween. For one night we came together, shared our dreams and remembered when opportunity knocked.

Also in the ‘music played’ list below are links to listen and/or buy/download some of the music played.

Huge thanks to Scott, Mark, Paul, Aidan, Steve M, Lyn, Matt, Gavin, Martin, Darren, Steve R, Jim and Scotty for bringing the tunes and telling their stories. And thanks to everyone else for coming and listening.

The dream is never over!

A few comments from the world of social media:

Great night listening to the home-made sounds from @GlossopRecord

Digging out my old music for @GlossopRecord ‘s “Opportunity Knocked” tonight has been brilliant.

Thank you for giving us all the opportunity, really enjoyed it.

Top night. Great to listen to nuggets of people’s work. A lot of talent around and a great insight into misspent youth.

What a talented lot! Loved hearing all the fab songs and stories, thanks for a great evening

What a brilliant mix of music & anecdotes!

Don’t forget, no record club in August but we’ll be back on Thursday 14th September for The Sounds of 1967. See you then! 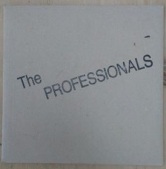 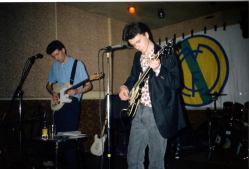 Wasting Asset – Total Desolation (rehearsal tape)
Four Small Custards – I Can Put My Bus Pass On My Chin
Wasting Asset – Laughing (live)/I Get The Shivers
Butter – I Adore You
Stanley – Got A Feeling (live)/Harrison (demo)
The Bacillus – Power Of Fear/I Can’t Adapt To This Prison You Call Society
The Soil Brothers – Crawdad Hole
One For Whitney – Presley’s Used Car Lot
Big Bad Squares – I’m Left Wondering
The Bellis – Or What
Grrr! – Truculent Galoshes
The Professionals – Starstruck
Frantic – Goodbye/Dummy Too Real
16 Tambourines – How Green Is Your Valley?
eaststrikewest – With One Last Breath
The Trend – Cool Johnny/Polly And Wendy/I Don’t Anymore
Suburban Daze – Suburban Daze